Mark Lachniet publishes an excellent paper titled “Hostile Forensics.”  He argues that sometimes digital forensics investigators have reason to take actions that are legally and ethically provocative.  He calls these actions “hostile forensics.”

Mark frames the topic: “Due to 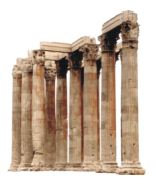 recent developments in counter-forensic technologies such as strong encryption, it may soon be necessary for forensic analysts to use system penetration or ‘hacking’ techniques in order to obtain forensic evidence, a process here referred to as ‘Hostile Forensics.’”

Here is an example of “hostile forensics,” as I interpret the idea:  A publicly-accountable investigator, with justification, remotely interacts with a marveloustly complex cloud of computers,  while having something less than formal authority from each owner of each computer.  One or more of the computers is in part controlled (or influenced) by a suspicious-acting adversary of the investigator.  The investigator’s purpose is to gather evidence that incriminates the adversary.

Mark offers numerous intelligent steps to help cause a “hostile forensics” investigation to fall on the side of good and not evil.  He suggests, for instance, that the investigation be subject to detailed recordkeeping and tight supervision over individual investigators.

An idea related to “hostile forensics” is a style of computer secuurity that my fellow SANS Instructor John Strand calls “offensive countermeaures.” Sometimes John uses the term “hacking back.”

The range of actions that might qualify as "hostile forensics" or "offensive countermeasures" is huge, limited only by imagination.  It includes much more than just the examples that Mark and John  articulate.

Do “hostile forensics” or “offensive countermeasures” constitute computer crime?  This is an exotic jungle of law, thick with nuance.  Much of the law is open for interpretation.  Simplistic interpretations of the law here are of little help.

In this field there's a lot of dubious folklore (e.g., "action X is always legal; action Y is always illegal").

In truth, the legality of any given action can be highly dependent on the facts of the particular case.  Change the facts slightly from one case to the next, and the conclusion whether an action is legal can change.

1.  Words Matter. When law and ethics are nuanced, the words we choose carry immense weight.  The descriptions of an action can influence the understanding and treatment of the action.  Subtlies are important.

Therefore, under a given set of facts, an adjective like “justified,” “responsible” or “proportionate” might better describe an action.

Well-meaning IT folks can be quick to use words like "penetrate" or "hack" or "strike-back" without carefully examining the definition of those words and without considering alternative words.  Instead of the verbs "to penetrate" or "to hack," the more accurate verbs to describe an action may be "to confuse," "to tease," "to elicit" or "to regale."  Example:  "We regaled the adversary bots with a multitude of honeypots."

2. Court Support.  Mark mentions the idea of getting court approval, such as a search warrant, for “hostile” action by law enforcement. Good idea. Typically such approval would come after a government agent, such as prosecutor, requests the approval.

Wright teaches the law of data security and investigations at the SANS Institute.

Does a well-intentioned security researcher commit a crime by probing a social network for vulnerabilities?

Some observers have feared the answer is yes. They have speculated that the researcher might enter a computer without authority and thereby violate an anti-hacking law like the federal Computer Fraud and Abuse Act.

The validity of those fears is debatable.   And by tradition some web site owners have taken offense to researchers who test their sites for security holes. Tradition suggests that the less discussion of security the better. [For a rough example, see the FBI investigation that emerged after self-proclaimed researchers announced they had acquired sensitive information from AT&T about new iPad owners (although I do not know whether the investigation came as a consequence of a complaint from AT&T).]

But Facebook is pioneering a fresh approach. Facebook feels it can benefit from tests by independent researchers.  Rather than forbidding security interrogations, it encourages them, provided they meet some conditions.  Facebook says it will not seek punishment of someone who finds a security flaw and then reports it to Facebook a reasonable time before disclosing it to the public (provided the person makes a good effort to avoid abuses like identity theft or data destruction).

[Facebook doesn’t say what it will do if it catches a good researcher who is probing its network, but not finding anything to report.]

Facebook’s strategy suits our modern, networked age. Facebook candidly admits that it can make a mistake. Facebook’s attitude is that while it cannot know everything about its systems, it wants to learn as much as it can, as fast as it can. Thus, it encourages the multitudes on the Internet to find and reveal information Facebook craves. When Facebook opens itself to scrutiny, the cost is low, but the payoff in tips can be high.

These days, being open to talking about dangerous topics can help an enterprise win friends and propel it on a course of constant improvement.

Mr. Wright, a practicing attorney, teaches the law of data security and investigations at the SANS Institute.

A California tax agent, for example, tracked down a delinquent taxpayer who works as a sail rigger by reading about his whereabouts on an online

Some speculate/allege that some law enforcement officers misidentify themselves in web forums.  Query whether an officer who impersonates someone online or in text chat is acting illegally or committing a crime.  The terms of service of many social media sites forbid deception or misrepresentation of the user's identity.

Key case:  A jury convicted cyberbully mom Lori Drew of a misdemeanor crime for impersonating a teenage boy on Myspace, in violation of Myspace's terms of service.  Drew’s misbehavior contributed to a girl’s suicide.  The jury believed Drew violated the federal Computer Fraud and Abuse Act (CFAA), which generally forbids accessing an Internet computer without authority (or exceeding authority in the computer) and taking data or causing damage.  However, the judge in the case overturned Drew’s conviction on the grounds that the CFAA is too vague, and provides too little guidance to prosecutors, to support a misdemeanor crime based on violation of web service terms.  So Drew got off without punishment. US v. Lori Drew

Lori Drew was just a misguided mother, not a professional.  Would an agent of government (such as a police detective) or a private investigator (such as a computer forensics expert) be held to a higher standard than Drew?  That is not clear.  Under the reasoning of the Lori Drew case, misrepresentation by a law officer, in violation of web terms of service, might be a sufficiently clear abuse of authority in a computer (i.e., the web server) to constitute a crime.

Would a lawyer, who is acting as an investigator in, for instance, a divorce case, be violating law if he misrepresents himself on a social network?  Sharon D. Nelson, Esq., argues the answer is yes.  She says the lawyer would be violating his ethical prohibition against deception.  (Update:  The New York City Bar Association's ethics committee agrees with Ms. Nelson in its Formal Opinion 2010-2.)

A related issue is whether evidence gathered in violation of terms of service is inadmissible in court.  See the Connecticut rules of evidence, as one example. Sec. 52-184a states: "No evidence obtained illegally by the use of any electronic device is admissible in any court of this state."  In an investigation in a social network, the illegally used "electronic device" might be the computer of the investigator, or it might be the server the investigator accessed without authority because she entered under false pretenses.

Although the CFAA may be too vague to support a misdemeanor conviction of a masquerading mother, it may be adequate to prevent admission (in some jurisdictions like Connecticut) of evidence collected by a tricky professional investigator.

Any investigator is wise to study terms and contracts covering their access to computers and Web 2.0 social media.