FOIA as Data-mining by Citizens

Computers change how police investigations work.  Take a traffic citation, for example. In the past, for a police officer to issue a traffic ticket, the officer had to be present at the scene and had to talk to the motorist face-to-face.  At an emotional level – as well as an administrative one -- the police officer was deterred from issuing tickets for minor, technical violations of traffic laws.

For example, if an officer observed a motorist not quite clear an intersection before the traffic light turned red, the officer might think twice before chasing the motorist down and issuing a citation.  To pursue the motorist takes time away from other duties.  Then, the motorist may argue the officer’s observation was wrong.  Further, the motorist may confront the officer as a human.  The motorist may say by words, body language or the expression on his face, “you are a jerk for issuing me this frivolous ticket.” Police officers don’t like being told (even politely and subtly) that they are hyper-technical jerks.

Digital technology changes this legal proceeding.  A red light camera at an intersection transmits electronic records to a police officer (detective) who is not standing on the street, but seated in a comfortable office.  The records provide evidence that is more fixed than mere memory.  The officer can review the digital evidence in no time and issue the citation with the click of a button.  For the officer, the legal investigation and decision are like playing a dull, unemotional video game.  The officer may issue many more citations than in the past.

Automated traffic cameras can make a motorist angry.  The motorist loses the ability to discuss the situation with the investigating officer at the scene, where the motorist might talk about the danger of slamming on the brakes when a light changes.  With computer enforcement, the motorist just gets a bland notice in the mail with a photograph and possibly web access to a computer video of the event.

Jim Ash, a citizen of College Station, Texas, feels that the dehumanization of law enforcement is an infringement of privacy, a civil right.  In our electronic age, privacy is an ill-defined notion, but it resonates with people in a democracy.

Mr. Ash is leading a grass-roots voter referendum [see Footnote] to ban red-light cameras in College Station.  He is exploiting the power that modern technology affords individuals – a web site and numerous freedom of information act (FOIA) requests for discovery of voluminous electronic records (including email) maintained by the City of College Station and other local governments in Texas.  He says he has uncovered an email from the mayor acknowledging that red light cameras will cause more rear-end collisions, while possibly reducing other collisions. (Most mayors would prefer that their email be withheld from political activists like Ash.)

Ash has collected about 1000 verified signatures from College Station voters, enough to cause the referendum to appear on a forthcoming ballot.  He plans to deliver the signatures to City Hall management in a rally scheduled for around Noon, July 16, 2009.

Ash is promoting the rally with radio commercials playing in College Station.  Following are two MP3s of the commercials.

Update:  The College Station City Secretary has confirmed that Ash and his team collected and delivered more than enough signatures to place the red light issue on the ballot for the next election.   Ash has formed a political action committee named Take Back Your City.

Update November 4, 2009:  According to the local TV station, the voters of College Station, Texas, voted to approve the petition initiative against red light cameras. 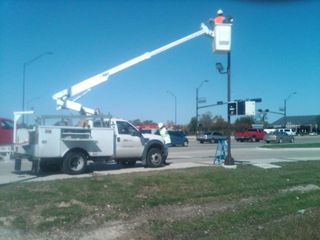 Footnote:  When I originally wrote about Jim Ash's voters' effort in College Station, I called it a "referendum," not having researched or thought about the technical difference between a referendum and a petition initiative under the city's charter or under the Texas law of municipalities.  I have since learned that the effort is a "petition initiative," not a referendum.

The whole idea of the automatic traffic light cameras is a touchy subject, because yes, you lose that subjective view, but on the other hand, the camera doesn't lie, and maybe these cameras will cause drivers to be a bit more cautious, regardless of if a light is yellow, perhaps slowing to a stop is a better idea than trying to speed through and beat the red.

The comments to this entry are closed.