Many enterprises and professionals are using Twitter* for official business.  One local government example is the City of Raleigh, North Carolina.  The Raleigh municipal government appears to be using Twitter to broadcast public service messages.

For legal purposes, many professionals and enterprises are wise to archive some or all of their Twitter (or Foursquare) communications.  Records may be needed for such purposes as subpoenas, e-discovery (EDD), public records law and the like.

How does one record Twitter for long-term storage?  In practice it is difficult for an enterprise (or an individual professional) to manage electronic records –-Twitter or otherwise -- for long periods of time. This difficulty motivates records managers to focus their attention and resources.

I argue that electronic mail should normally be the cornerstone for archiving electronic business records.  My feeling is that e-mail is the first digital place the legal system expects to find important records.  When records managers tackle electronic records, e-mail is the logical first place for to focus attention and resources.  Every business person has an e-mail account, through which he or she exchanges important messages.

I've previously suggested how to use a business email account to capture Facebook messages.  Native Facebook provides tools for exchanging many kinds of FB messages via email.

I've looked for similar tools at Twitter.com.  However, native Twitter does not appear to support email as much as FB does.  Instead, Twitter supports SMS*.  SMS is normally associated with cell phones.

Twitter's support for SMS gives me ideas for simple record-keeping.  It is relatively easy to integrate SMS with email for the purpose of capturing messages in an e-mail account.  I offer some simple examples here. I'll bet even better ways exist.

For some professionals, the easiest way to submit a tweet* to Twitter via SMS, while also saving a copy in a business email account, is with a cell phone.  Many cell phone services such as Sprint allow the user to send an SMS message to a mobile number (such as the mobile number that Twitter supports) and, at the same time, to an e-mail address.  Accordingly, a user could use SMS on his Sprint phone to send a tweet to Twitter, with a copy to his business e-mail account, where it can be archived like all his other email.

In the alternative, the professional can subscribe to a paid service like ipipi.com to act as a gateway between email and SMS.

If the professional uses Microsoft Outlook for e-mail, she could exchange SMS message from her email client using the Outlook Mobile Service.  The service works via an SMS account with a provider like your cell phone carrier, and thus might involve special charges.  Using the Outlook Mobile Service, the user could send an SMS tweet to Twitter, and her Outlook account would keep a record just as it normally would keep a record of an outgoing email.

Here is a screenshot of a tweet sent from a Sprint phone.

What do you think of these ideas, Gentle Reader?

Update:  Apparently there is a twitter gadget for gmail that will store your tweets in gmail so they can be archived like email.

Another update:  Apparently Twitter, and search engines that search Twitter, lose much of the tweet conversation quickly.  Although Twitter keeps tweets indefinitely, it is unable to search for features like hashtags, which organize ongoing conversations, such as #iranelection.  Similarly, LinkedIn seems not to display public conversations more than a couple of weeks.

Third update:  The Broward County Sheriff's Department has created its own Twitter-like service, called CyberVisor, to broadcast messages about crimes and emergencies as they develop.  Presumably the Sheriff's Department can control and record this service better than something on Twitter.


* What is Twitter? Twitter is a popular social media service that allows users to broadcast and read short messages.  The little messages are normally stored on Twitter’s web site (in the form of a so-called micro-blog), and are often transmitted to other places such as cell phones and widgets on other web pages.

* What is SMS?  SMS means short message service.  It is best known as the standard for exchanging text messages among cellular and mobile phones.

The Bureau of Indian Affairs (US Department of the Interior) suffered embarrassment in court for the deletion of financial e-mails by former Assistant Secretary – Indian Affairs, Neal McCaleb.  The e-mails contained important information about money the bureau was collecting and holding in trust for Indian tribes. McCaleb deleted the e-mails because his IT department allocated him too little hard disk space. Under department policy, he was expected to print important e-mails onto paper before he deleted them, but because of confusion about who was authorized and directed to do the printing, no one actually performed the tedious and unwanted task.

1. how legally important e-mail records can be,

2. the folly of an IT department trying to save a couple of bucks by being stingy with hard disk space, and

3. how dangerous it is today to view printing as a way to preserve email (or text messages) need for purposes of internal control or funds management. 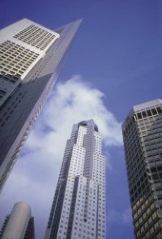 Just as legislatures should stay away from writing technical data security specifications, regulatory authorities should shy away too. An example of an unhelpful technical regulation comes from the well-meaning Massachusetts Office of Consumer Affairs and Business Regulation. It published regulations on the protection of personal information, 201 CMR 17.00.  Section 17.04(5) requires "encryption" of personally identifiable data on laptops and iPads.

as "the transformation of data through the use of an algorithmic process, or an alternative method at least as secure, into a form in which meaning cannot be assigned without the use of a confidential process or key . . . " Hmm. So under this regulation what does the word "encryption" mean in practice?

"Encryption" seems to include the transformation of data by some means that is at least as good as an algorithm. But which algorithm? The regulation does not really say.  Some algorithms are very easy to break. Others are less easy. Few if any commercially useful algorithms are impossible to break.

Would it be reasonable to interpret the 17.02 to allow processes that are easy to break?  Maybe not. 17.02 requires the process to transform data “into a form in which meaning cannot be assigned without the use of a confidential process or key”. An easily breakable algorithm does not satisfy the cannot requirement.

OK. So it seems 17.02 excludes an easily breakable algorithm.  Next question:  What about a algorithm that is hard to break, but not literally impossible to break?  Many reasonably good algorithms can eventually be broken if (for example) enough brute force computing power is applied for a long period of time.  But if 17.02's word cannot is read literally, then the hard-to-break algorithm would be excluded too. But such a literal reading of the regulation would seem unreasonable because few if any commercially available algorithms are literally impossible to break forever.

Hence, it seems 17.02 requires hard-to-break encryption – but not impossible to break encryption – anytime private data are stored on a laptop. [If in fact that is what the drafters of the regulation mean, then why don’t they explicitly say that?]

So now that we think we better understand the regulation, let’s think more about the technology of encryption.  Smart people are constantly seeking spectacular new ways to break good encryption. And every so often they succeed.  For example, Wired Equivalent Privacy or WEP encryption was broken a few years after it came into wide use.

Given that strong encryption is proven from time to time to be weak, encryption users have to upgrade their technology every so often.  When they hear that their current encryption has been broken, they shift to something else.  Section 17.02 could reasonably be read to require this upgrading process.

Assuming 17.02 does require periodic upgrading, please consider this scenario: A Massachusetts government agency stores private data on numerous laptops. To comply with 2001 CMR 17.00, the agency implements encryption method X to protect the data. At the time of implementation, method X has a reputation for being good.

A lawsuit can take years to conclude.  During the pendency of this lawsuit, let's say the agency de-commissions the laptops.  Its employees no longer use the laptops. But the agency cannot destroy the data on the laptops on account of the litigation hold.  So it stores the laptops in a well-secured warehouse.

More time passes.  It becomes widely known in the encryption community that method X is lousy (like WEP); it is breakable.  Must the agency now go to the expense of upgrading the encryption on the de-commissioned, physically-secure laptops?  Massachusetts regulation 201 CMR 17.00 seems to require such a (senseless) upgrade, for the regulation seems inflexible.  The regulation fails to provide discretion to users.

Update:  Reacting to public criticism, Massachusetts has revised proposed 201 CMR 17.00 many times since first publication.  Last I heard, the effective date of the latest version of the regulation is March 1, 2010.